What Is Primary Physical Custody in Nevada?

Nevada law 125C.0025 defines primary physical custody in Nevada and states the situations when the courts may award it. Our Las Vegas attorneys for child custody explain.

What Is Primary Physical Custody in Nevada?

What Does It Mean to Have Primary Physical Custody?

To have primary physical custody means to be the parent who is in charge of everyday care most of the time. During the time that a parent has physical custody of the child, that parent makes routine decisions for the child. That includes things like what to wear, what to do, and basic discipline.

Is Primary Custody the Same as Sole Physical Custody? How Is Primary Custody Determined in Nevada?

Primary custody is determined in Nevada by applying Nevada custody laws NRS 125C.0025 and NRS 125C.003. First, the court reviews the laws and decides if joint custody is appropriate. The court awards joint custody if the parties agree to it, or if both parties have tried to establish a meaningful relationship with the child. If one parent frustrates the other parent’s efforts to have a parent-child relationship, that parent has still made sufficient attempts to establish a relationship with their child. Nevada law says that it’s not in the best interests of the child to award joint physical custody if a parent has a history of domestic violence or if a parent can’t adequately care for the child 146 days a year or more.

Beyond these considerations, there are several factors that the court considers to decide custody in Nevada. The court looks at things like the physical and emotional needs of the child. The health of the parents and the level of conflict between the parents are also considerations. It’s the responsibility of each party to present evidence to the court to support what they’re asking the court to award. The court may also order its own investigation.

What Parents Need to Know About Primary Physical Custody

As a parent, you need to know that primary physical custody is not automatic. If you want primary custody or joint custody, you need to ask the court for it and provide evidence about why your request is in the best interests of the child.

The evidence that you provide should be related to the factors listed in the Nevada custody laws. It’s important to remember that, once custody is established, the courts are reluctant to change it. If you’re involved in a current custody case, it’s critical to take it seriously and presume that it is your opportunity to address the court. 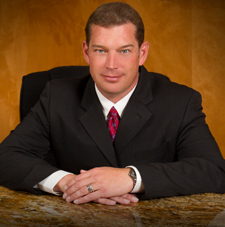