You may wonder about the potential long-term effects of receiving points on your driver’s license. You may also wonder if you will need to work with a Las Vegas traffic ticket lawyer to defend yourself against the charges and points. Here’s what you need to know about driver’s license points in Nevada.

In Nevada, the state assigns a number of points to each traffic offense. Severe offenses like reckless driving are worth more points than less serious offenses like impeding traffic.

Each court that adjudicates traffic offenses sends records of traffic convictions to the Nevada Department of Motor Vehicles. The Nevada DMV keeps a tally of all of the points that each driver receives for traffic offenses. If you get too many points, you lose your driver’s license for a period of time.

How Many Points Can I Rack up Before I Lose My License?

You lose your license if you’re assessed 12 or more points on your license in a one-year period. Points fall off your assessment record when one year passes after the offense.

To put it into context, speeding 10 miles per hour or less over the speed limit is a one-point assessment. By contrast, reckless driving is an eight-point assessment. It doesn’t matter what combination of offenses you receive. If they total 12 or more points, you lose your license.

How Long Do I Lose My License?

If the State of Nevada suspends your license because of points, you lose your license for six months. There are certain traffic offenses like drunk driving offenses that carry their own suspension periods for a single offense. For example, a drunk driving conviction comes with a mandatory license suspension of 90 days with a restricted license possible after 45 days.

How Many Points Is My Offense?

Here are the point values for some of the most common traffic offenses in Nevada:

Can the Court Agree Not to Assess Points?

It’s the Nevada Department of Motor Vehicles that assesses points. It’s not up to the court. The court enters the conviction, and the Nevada DMV assesses the number of points associated with that offense. The courts have no authority to decline to attach points to a traffic offense conviction.

What Are My Rights If I’m Facing the Loss of My Driver’s License?

Don’t Forget About Other Consequences of Driving Offenses 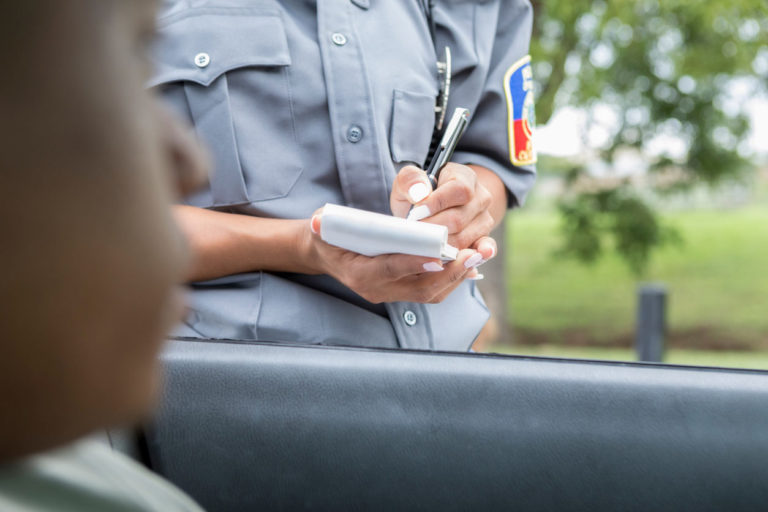 Classifying traffic offenses as misdemeanors mean that the burden of proof is higher for the state to prove its case than it would be if the offenses were treated as infractions. But there can be serious consequences to any kind of misdemeanor conviction even if it’s just a traffic offense. It’s important to take your traffic matter seriously.

You may choose to try your case at trial or negotiate for a plea resolution with reduced consequences. It’s important to work with an experienced traffic ticket attorney to determine the best course of action for your case.

What Is the Purpose of the Nevada Driver’s License Point System?

The purpose of Nevada’s driving point system is to make sure that drivers on the road are careful and qualified drivers. Lawmakers believe that the point system is a fair and uniform way to protect the public.

In addition to the point system, Nevada has other procedures to remove potentially problematic drivers from the roads through administrative proceedings. For example, a medical condition may prompt state officials to ask the driver to sit for a reexamination or the state may suspend their license until they can prove their fitness to drive.

If My License Gets Suspended, Can’t I Just Get a License From Another State?

You can’t avoid the driving points system by getting a license in another state because you’ll almost certainly be in violation of driving with a suspended license in both Nevada and the other state.

How a Traffic Ticket Attorney Can Help

If you’re facing a Las Vegas traffic ticket, loss of your license, or points on your license, it’s important not to delay in seeking qualified representation. An experienced lawyer can review your case to attack the allegations against you from all directions.

They can help you determine the best course of action when you’re facing points on your Nevada driver’s license.