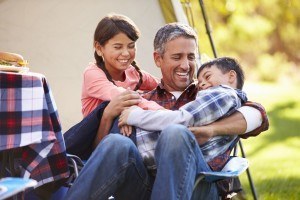 In Nevada, every parent, regardless of marital status, is entitled to equal rights to his or her child. This means that parents are entitled to a relationship with their children whether or not they are married. Additionally, Nevada statutes state, and the Nevada Supreme Court has upheld, that parents have a fundamental right to care for and have custody of their children. Therefore, when parents separate, the Courts frequently must get involved to establish custody and visitation schedules, which permit parents to exercise their rights to have a relationship with their children.

This process, of establishing custody rights, becomes far more difficult when one parent wishes to move with the child to another state. Typically, if a custodial parent wishes to move out of the state of Nevada with a minor child, the parent MUST attempt to gain consent from the non-custodial parent or petition the court for permission to move the child, if the non-custodial parent refuses to agree. However, this rule only applies when the court has already entered a custody order. The Nevada Supreme Court has recently addressed the issue of whether this rule applies when the Court has not established the custody rights of each parent. In Druckman v. Ruscitti, the Nevada Supreme Court reviewed a case where the parents were not married and had never obtained an order from the court establishing the custody of the parents. The mother moved with the child to California after obtaining a job in California, without obtaining the father’s consent to move the child. After learning his child moved to California, the father filed a Motion with the Court to obtain custody and to move the child back to Nevada.

In Druckman, the Court reiterated its stance that a parent may not move a child out of the state without the other parent’s permission unless the parent obtains a court order allowing the move. The Court went on to state that the proper procedure is for the parent requesting the move to file a motion for primary physical custody and request to relocate outside of Nevada. Further, the Court found that when deciding whether to grant a parent’s request to move a child outside of Nevada, the Court must consider what is in the best interest of the child. The parent who wishes to move the child outside of Nevada must also demonstrate a “good faith reason for the move.” The Court then determined that, although the parents had equal rights to custody of their child and that the proper procedure was for the mother to petition the court for permission to move prior to her moving, the mother’s moving without permission was allowed because it was in the child’s best interest.

What does all this mean for Nevada citizens? Unmarried parents may lose their right to joint or primary physical custody if the other parent moves their child to another state without permission. The Court in Druckman did indicate that the proper procedure is to obtain permission first, but then ultimately rewarded the mother’s inappropriate behavior by allowing her to maintain custody of the child in California. Nevada Supreme Court Justice Saitta, with whom Justice Cherry agreed, recognized the danger of the Court’s decision. In her dissenting opinion, Justice Saitta indicated that the father in this case was actively involved in the child’s life and had a fundamental right to make decisions regarding the child’s custody and care. Justice Saitta went on to state that, in her opinion, obtaining the father’s consent to move the child should have been required, not just “the better practice, as the majority suggests.” She goes on to point out that should others engage in similar behavior (removing a child from Nevada without the other parent’s consent) the Court may have to consider the life the child has established in the new state, which would ultimately lead to unmarried parents side-stepping legal procedures and gaining custody simply by fleeing to another state without the other parent’s knowledge or consent.

Ultimately, with this decision, all parents are required to obtain permission from the other parent, or the Court, before moving a child out of the state of Nevada. Although this places an additional burden on all parents, whether married or not, this decision also effectively protects parents’ rights to have a meaningful relationship with their children.

If you’re going through a custody battle or need help with family law, we’re here to help.