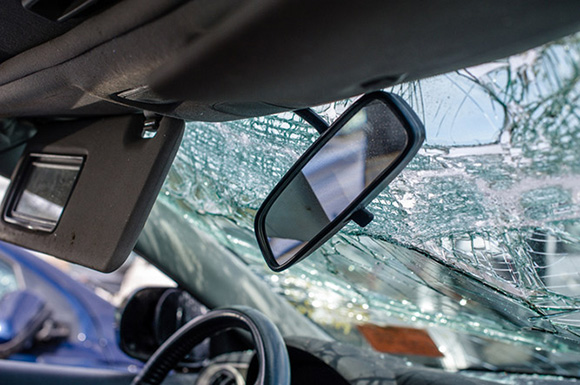 An Escalating Series of Events

Around 9:50 p.m., Johnson crashed his vehicle into Moody’s Automotive, located at 1633 N. Boulder Highway. Lynn Moody, the owner of Moody’s Automotive, said his business was closed for the evening when Johnson’s car came smashing through the front gate, crashing into and severely damaging five of the vehicles in his automotive lot.

Even more disturbing, it seems that Johnson wasn’t at all perturbed by the destruction he’d just caused. “My lot guy happened to see him while he was backing up out of the lot here,” Moody told police, “And he said the guy had a big smile on his face.”

Johnson’s rampage didn’t end at Moody’s Automotive; it had only begun. After smashing into the vehicles in Moody’s lot, Johnson left the lot driving the wrong way down Boulder Highway.

At that point, he began hitting both moving and parked vehicles along Boulder Highway and causing a four-car pileup at an intersection. Was that enough destruction for Johnson? No.

He then proceeded to exit his car, walk up to another car, punch the window, force the driver out, and steal the victim’s car to continue his insane rampage. Johnson ended up crashing the stolen vehicle at a U-Haul facility near Stephanie and Russell.

Concerned residents were, at this point, placing frantic calls to the Henderson Police Department. The police eventually caught and arrested Johnson. He is facing a number of charges, including a DUI. He’ll need to work with a qualified criminal defense attorney to combat these serious allegations.