Know Your Rights When Talking To Police

The police are here to serve and protect, but many times, innocent people can get caught in the crossfire when they are pulled over, accused of a crime, interrogated and interviewed or searched. It’s essential to know your rights when dealing with police, especially when it comes to what you’re allowed to refuse and what police are allowed to do. Not being aware of your rights when speaking to police officers can mean an illegal arrest or search, or implicating yourself even when you might not be guilty of a crime at all.

The state of Nevada has specific laws in place governing what police are allowed to do and what your rights are in the event of encountering them. If you have had an encounter with the police and are worried about the implications of the encounter, a team of skilled Las Vegas criminal defense lawyers can help. Here’s what you need to know about your rights when dealing with police. 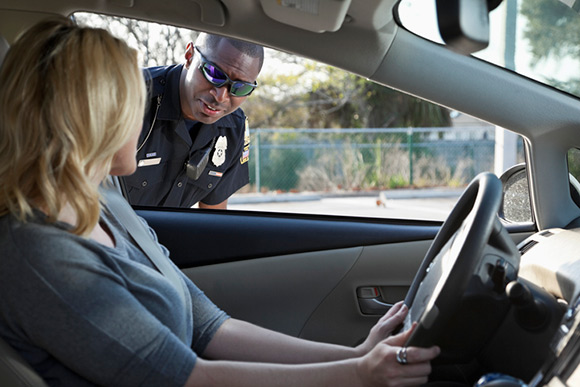 There are several ways in which you might encounter law enforcement:

What Are My Rights if Pulled Over By The Police?

According to Nevada law, you could be charged with an offense if you are requested to pull over by the police, but do not comply. It’s in your best interests to comply when pulled over, but do not forget that you have rights.

Nevada law does require you to have identification and registration details ready to display while you are driving, but this does not mean you are under the legal obligation to answer any questions.

The 5th Amendment protects your rights in the event of a police conversation, interrogation or questioning — and your rights stand to make an official statement later, with the help of a qualified attorney.

Do I Have to Identify Myself to the Police?

Stop-and-identify laws are in place in several U.S. states, including Nevada. Under these laws, you are required to identify yourself to police officers when asked and when under suspicion that you have committed a crime. Refusing to identify yourself in such an event may implicate you, and could lead to them to make an arrest for obstructing an officer.

Are You Required to Show Police ID?

There’s a difference between identifying yourself (i.e., telling an officer your name) and showing them identification. Nevada stop-and-identify laws require you to identify yourself to officers, but the law only requires you to carry identification while driving.

Do I Have to Answer Police Questions At a Traffic Stop?

Under Nevada state laws, police are allowed to pull you over if a crime such as speeding or DUI is suspected. Constitutional rights such as those guaranteed by the 4th and 5th Amendments do not require you to answer questions at a traffic stop.

You are within your rights if you refuse to answer questions at a police traffic stop and instead decide on making a statement later on with the help of your attorney.

What Are My Rights If The Police Come to My Home?

What do you do if the police knock on your door and ask to enter? Are you within your rights to say no? According to Nevada law, police are required to obtain a search warrant to search someone’s property, but there are exceptions where police do not need a warrant to enter:

You are within your rights to refuse a search and contact your lawyer, and if you believe that an unwarranted search has been conducted, contacting your lawyer should be your immediate next step.

What Are My Rights if I’m Arrested in Nevada?

According to Nevada law, officers are allowed to make an arrest if there is probable cause that an arrestable crime has been committed.

The right to remain silent exists, but the law specifies that you have to explicitly mention this right for it to be valid. Possible responses to exercise this right include:

While some offenses carry a citation alone, you might be arrested for suspicion of some serious crimes. From there, the police have the right to search your belongings, and you will be booked into the station. You are under no obligation to answer any questions after an arrest, and you are within your rights to ask for your attorney first.

Can The Police Search My Belongings?

According to Nevada search-and-seizure laws, the police are only allowed to search your belongings under specific circumstances, such as:

One more exception is when you have consented to the search, either verbally or in writing.

Can You Refuse to Be Interviewed?

Federal Amendment laws protect your rights to refuse to answer questions and affirm your right to say that you would like to speak to your attorney.

Encountering the police can be split up into three distinct categories, called (1) Conversations, (2) Interviews, and (3) Interrogations.

What Should I Say When Speaking to Police?

When speaking to the police, there are a few things that you can and should say. Some of them are:

How Can a Criminal Defense Attorney Help if I Made a Mistake?

If you have been stopped, detained, searched, questioned, or arrested and feel that you’ve made a mistake, a Las Vegas criminal defense attorney can represent you in court.

In many cases, they can also secure bail after an arrest or negotiate a plea bargain with the prosecutor if you have been charged with a serious criminal offense. An attorney can advise and represent your case, even in the event where you feel that you have made a mistake or the police acted outside of their legal rights.

At Half Price Lawyers we are committed to helping individuals assert their rights when dealing with the criminal justice system. If you need the help of a skilled team of criminal defense attorneys, call us for a free consultation today.