What Are the Penalties for 3nd Time DUI in Las Vegas?

Having a DUI charge on your record can be scary, but even more unnerving is receiving a second or third DUI charge in Nevada. Being charged with a third DUI offense comes as a major wake-up call for many offenders, as it is a serious crime that is treated as a Category B Felony in Nevada, even if no one was hurt in the offense.

What exactly is a third offense DUI?

If you are arrested for a DUI without causing serious injuries or deaths and you have two prior DUI convictions from any state within the past seven years, your arrest will be considered a third offense DUI in Nevada.

DUI or “driving under the influence” occurs when your driving is impaired by alcohol or drugs and you have a blood alcohol content of at least .08% or have illegal quantities of certain drugs in your system. To note: the BAC level is more strict for commercial or underage drivers. The limit is .04% or above for commercial drivers, and it is .02% or above for underage drivers.

What are the penalties for a 3rd DUI conviction in Nevada? 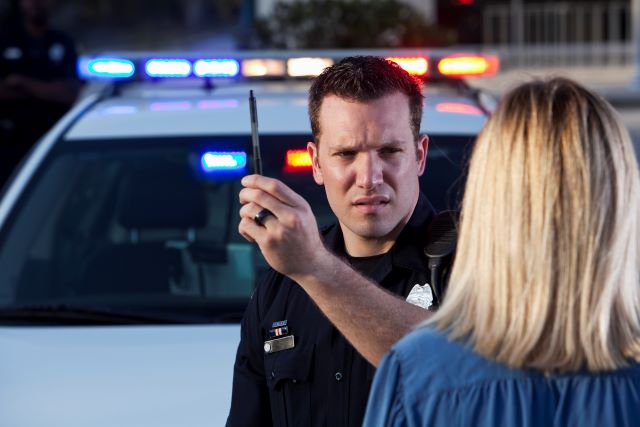 Is it possible to get my DUI case dismissed in court?

Each DUI case is unique, and it’s best to speak with an experienced DUI Attorney to address your individual case. However, DUI third offense cases are much more serious cases than first or second offenses, so keep that in mind. Having said that, there are still many possible DUI defenses which include a lack of probable case, a mistake made by the police, having a medical condition that causes an inaccurate blood alcohol reading, faulty test equipment, and lapsed certification on equipment. DUI Attorneys have ample experience in defending these cases, which is why it may be in your best interest to seek professional council if you are charged.

Am I eligible for probation if I’m charged with a third offense DUI in Nevada?

No, defendants are not eligible for probation. However, defendants who are eligible for (and complete) Felony DUI Court may be able to avoid going to jail and have the charge reduced to a misdemeanor DUI-2nd. If the charge is reduced, you will be required to attend an intensive 3-5 year rehabilitation program that involves periods of home confinement, alcohol and drug testing, wearing a SCRAM alcohol-detection anklet, counseling, and court monitoring. Again, it is best to speak with your DUI attorney about the options that might be available for you and your unique situation. I wasn’t even driving when I was charged with my DUI; can I still be convicted?

Yes, you can. In addition to driving a vehicle, you are prohibited from being in “physical control” of a car while under the influence of alcohol or drugs. That means, if you are parked, pulled over, or even in a driveway, and you are behind the wheel of a vehicle and you are intoxicated beyond the limit, you can be charged with a DUI. This policy is in place to prevent DUIs from happening before they even start.

A jury or judge may consider the following when determining whether or not to charge you with a DUI, in that situation:

If my case is dismissed in court, can I go back to driving right away?

That depends. In Nevada, even if the court dismisses your case, the Nevada DMV has the right to (and usually does) revoke a defendant’s license for three years following a DUI third offense arrest. However, it may be possible to get a restricted license after one year. This is a sensitive area, and it’s best to speak with an experienced attorney about how he/she might be able to fight for your right to drive in a DMV administrative hearing.

When I am legally allowed to drive again, do I need SR-22 insurance?

Yes. You will need to demonstrate that you have insurance with a Form SR-22 submitted to the DMV for three years even if you do not own a vehicle. Read more on the Nevada DMV website. If I’m found guilty of a 3rd offense DUI, can I keep my firearm?

Can I seal my record so my 3rd offense DUI does not show up when my background is searched?

If you are convicted of a third-time DUI charge, your record cannot be sealed. However, if you are not convicted, and your case is plea bargained down or dismissed, then, yes, it can be sealed.